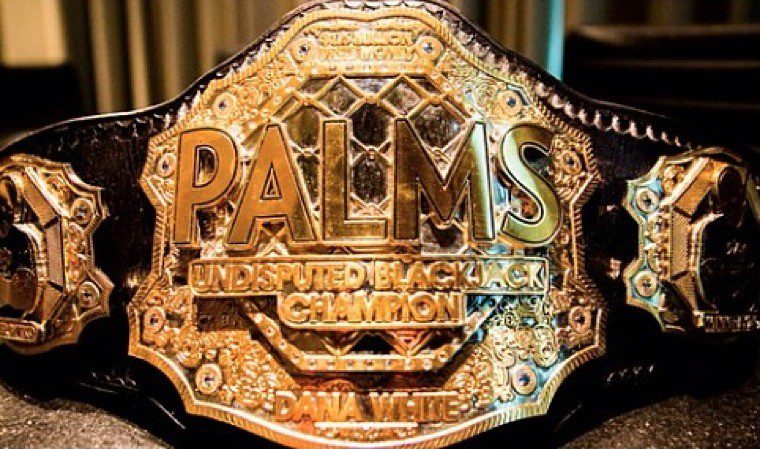 Dana White, best known as the president of the UFC, has also admitted that he is a passionate gambler. The game of choice for the UFC chief is blackjack and he seems to be quite good at it.

In fact, if what he said in a recent Joe Rogan interview is to be believed, White won up to US$7 million in one single night in a Las Vegas casino. He also won more than US$1.6 million in another gambling venue, the Palms Casino. The Las Vegas Strip casino even gave him a UFC-style winner’s belt to show for his winnings and accomplishments. However, they also handed out a blackjack ban to White, who could no longer play there.

Worth Half a Billion

Dana White is one of the richest men in professional sports and is worth about US$500 million. His biggest deal was when he sold his majority stake in the UFC for US$4 billion, a deal which also involved his partners, the Fertitta brothers.

Even though he no longer holds a majority stake in the championship, White is still the president of the UFC and it is reported that he is on an eight-figure salary.

That means that White is not your average blackjack player. He has money to spend and losses don’t affect him as they affect budget players. In fact, Joe Rogan revealed that, in addition to winning, White lost as much as US$1 million in a single night too. He also gives US$500 tips to casino employees. In other words, gambling for White is more about the experience he gets than it is about the money he wins.

Nevertheless, the UFC president is a very good blackjack player. His Palms Casino ban is a good example of this.

During the Rogan interview, White said that he beat the casino for US$1.6 million in one night while the casino was still in the ownership of the Maloof family.

However, later the Maloofs sold the casino to new owners. As soon as the new owners started running the casino, they realized that White was a threat, so they politely asked White to stop playing there.

The casino then got new owners once again, and White was again allowed to play there. Interestingly, he once again beat the casino for exactly the same amount of money – US$1.6 million.

So what did these new owners did? They banned him again, of course. However, this time, they did it in style. They gave him a UFC-style world-title belt, and on it, they engraved the words: “Palms undisputed blackjack champion: Dana White“. The belt also had “$1.6 million prize money” written on it, to show how good the UFC president was and how much his last game of blackjack was worth.

Las Vegas is All About Losing, Not Winning

White was not impressed with this, though, and would have preferred if he was allowed to play in the casino. He said that Vegas was “all about losing, not winning” and that casino owners don’t like people who win.

He added that he was aware that a belt telling him that he was the undisputed blackjack champion was just a nice way for the casino to tell him to get out and not to come back.

Should Stick to Blackjack

White might be unbeatable at blackjack, but he too has lost quite a lot of money on other forms of wagering. During the interview, he recollected losing US$1 million on a boxing match when he backed Jermain Taylor to beat Kelly Pavlik. He was so confident that Taylor would beat the “tall and lanky white kid from Ohio” that he backed him with his biggest ever bet.

Unfortunately, Taylor got absolutely destroyed in that fight and Dana learned the hard way that he should stick to the blackjack tables if he wants to further multiply his millions. Provided there are casinos that will allow him to play there, of course.