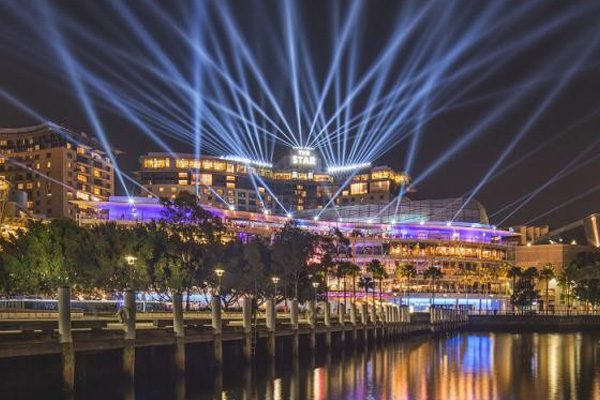 Star Entertainment, Australia’s casino behemoth, will continue working together with junket partner, Alvin Chau, despite crime links.
This is the sensational news made public after the New South Wales government inquiry into a rival casino, Crown, for the same junket operator issue.
The Star is now being accused that they aren’t doing enough and should sever their ties with the controversial figure who is their junket partner.

Star officials beg to differ. The entertainment giants say this is not the case and reacted as soon as they heard that Chau was barred from entering Australia.

They told the NSW’s Independent Liquor and Gaming Authority (ILGA) that they decided to close Alvin Chau’s private gaming room in the Star Sydney. And this was immediately they got wind of the Department of Home Affairs’ decision bar, Alvin Chau, from coming back to Australia.

Greg Hawkins, the chief officer at Star casino, said the Suncity room was relocated to a different casino part. He also said the casino and its anti-money laundering team were investigating the issue.

The Controversy behind Junkets

Junkets are trips that rich high-rollers make to Australia to gamble. These are usually Chinese internationals, and Australian casinos love and value them for the money they spend in a short period.

China deems gambling illegal and the Chinese whales, as they are known in Australia, have to come to casinos like Crown or Star to risk their ‘hard-earned’ money. Junkets extend credit to the high-rollers, which they recoup when they return to their home country.

Crown is in Bigger Trouble

Star may have a way out right now, but their rival Crown is in much deeper trouble, that’s for sure. Crowns Melbourne and Perth casinos worked with Alvin Chau even after warning that he had a criminal background.

Due diligence reports from 2014 warned Crown officials that the US government had information that Chau was an ex-14K Triad member in Macau. The 14K Triad is a criminal organization based in Hong Kong, but it operates internationally and has over 20 thousand members worldwide.

Crown was aware of Chau’s crime-ties but only acted four years later, in 2018, when they discovered that Suncity had $5.6 million in cash in their private room at Crown Melbourne.

This raised Crowns alarm, and they banned Suncity from operating their cash exchange desk at the casino.

The Star Blames the Regulators

Mr. Hawkins says Star supports regulating junket operators’, but that regulators have such a broad role and cannot focus on these unique challenge casinos face.

The chief casino officer went on to say that if junket operators were to be given a closer look by regulators, casinos such as Star will be able to get more information about their partners.

This would help prevent them from going into partnerships with dubious credentials and stop scandals like Chau’s from happening.

Star’s chief casino officer feels that the ILGA has too broad of a role and that instead of focusing on all things liquor and gaming related, they should have specialized casino inspectors.