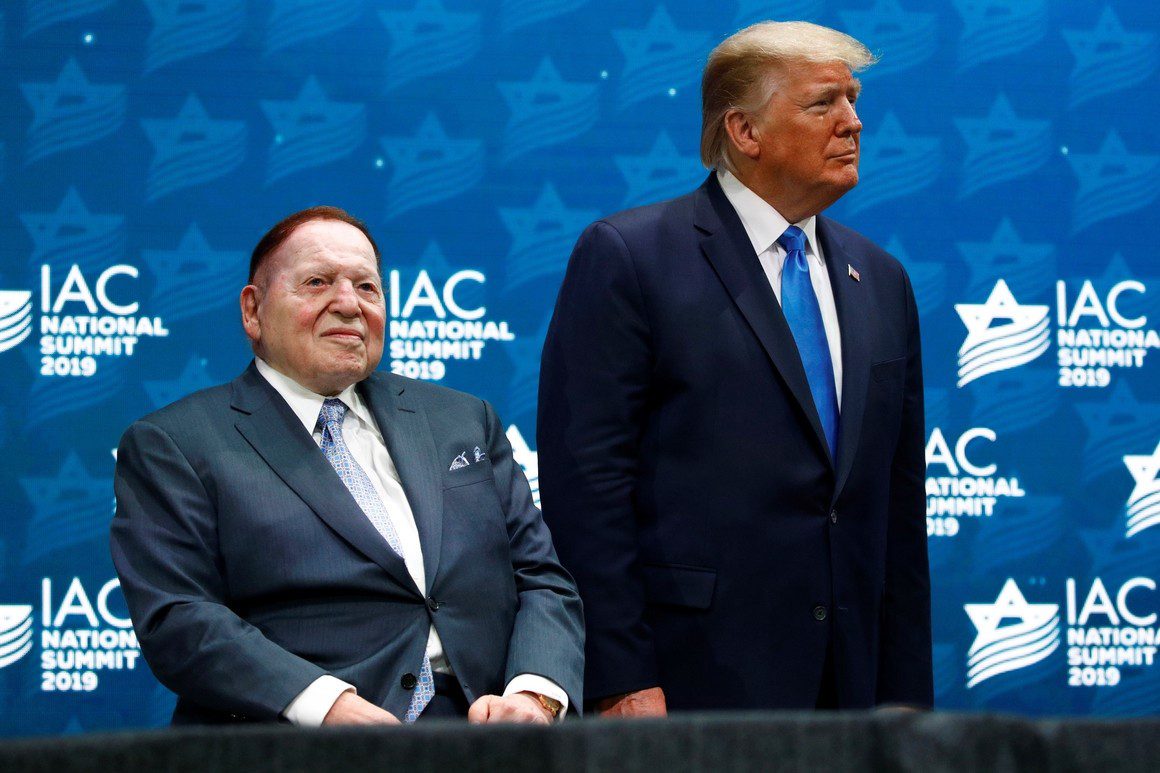 Sheldon Adelson, the Las Vegas casino magnate who was reportedly very interested in buying James Packer’s Crown Resorts stake, has died at 87 from complications caused by his treatment for non-Hodgkin’s Lymphoma.

The Las Vegas Sands owner had been battling the disease for a long time and just a few days ago announced that he was taking a medical leave to continue his treatment.

Rumoured to Have Had an Interest in Buying Crown Stake

Adelson, who was at one point the third richest man in the world, was reported to have met James Packer, Crown Resorts founder, on New Year’s Eve.

The two men’s luxurious boats were docked next to each other while the casino moguls were in the French Caribbean, and reports in Australia surfaced that the two businessmen were negotiating a deal for Packer’s share in the casino.

A Packer spokesperson later refuted those claims and said that they were just gossip. Despite that, many people continued to speculate that the chairman and CEO of the Las Vegas Sands Corporation was seriously considering investing a portion of his wealth (estimated to be around $46 billion according to Forbes) in Crown Resorts and acquiring Packer’s 36 per cent share in the company.

Once, while attending a gambling conference, people asked Adelson what he thought his legacy to the world would be. The casino billionaire surprised everyone when he said that it wasn’t his casinos nor hotels that he would be remembered by, but his contribution to helping the State of Israel.

Adelson donated close to US$25 million to the Yad Vashem Holocaust Memorial, the most that any private citizen has ever donated to the Memorial. In addition, he set up a think tank in Jerusalem, was close to Israel’s conservative party – Likud, and helped, financially, the Israel Hayom newspaper that is very close to Prime Minister Benjamin Netanyahu.

Late Bloomer in Gambling and Politics

An interesting fact about Adelson is that he didn’t become a billionaire until very late in his life. He became a casino owner well into his middle age, bought the Sands Hotel in 1989, and his business really took off during the 1990s.

He was also an avid Republican supporter and donated heaps of money to Republican US presidential candidates. He first supported President George W Bush and then backed Rudi Giuliani heavily when he tried to run for president. However, he had to shift his focus to Senator John McCain who turned out to be the Republican candidate running against future US president Barack Obama.

On one occasion Adelson said that he was against wealthy people attempting to influence politics, but as long as it was doable he was going to go for it.

The last US politician that Adelson backed was Donald Trump. However, Adelson had some hesitation when it came to donating to a person as outspoken as the controversial US president. He eventually warmed up to Trump, though, and endorsed him in 2016.

Trump seemed to have appreciated this and often spoke with Adelson after he was elected, even embracing his hardline views on Israel and the Middle East.

Sheldon Adelson was born in 1933 in Boston. His father was a taxi driver, and his mother managed a knitting store. By age 12, he had already shown his entrepreneurial spirit by starting to sell newspapers and then launching a vending machine business at 16.

He later dropped out from City College of New York and served in the US Army, after which he tried to open various business ventures ranging from de-icing windshields to toiletries.

The business that really took off for Adelson was his technology trade show, particularly the computer convention COMDEX. When he sold his stake in the company in 1995, he got more than US$800 million for it.

Adelson was married twice. He divorced his first wife, Sandra, in 1988, and got married to Miriam Farbstein-Ochshorn three years later. Many people think that it was Farbstein-Ochshorn who contributed towards Adelson becoming more involved with Israel.

Adelson had two children with Farbstein-Ochshorn and adopted his first wife’s three children. Mitchell, his son from his first marriage, died from an overdose in 2005, leading Adelson to vehemently oppose state efforts to legalize marijuana from then on.