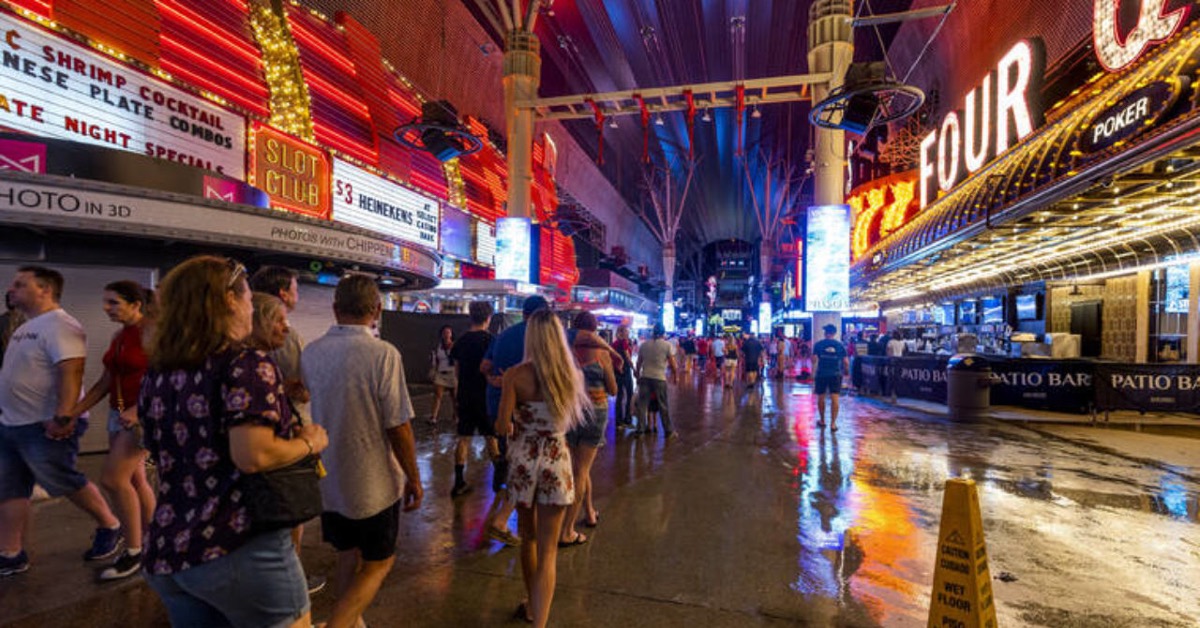 Monsoonal rains flooded streets in Las Vegas and casinos on the Las Vegas Strip weren’t spared. In Caesars Palace and Planet Hollywood casinos, water was pouring down from ceilings while the Circa Resort & Casino had to deal with a swamped carpet after rain sipped in through the video wall in the sportsbook area.

There were also power outages caused by the thunderstorms and, according to the Las Vegas Review Journal, the pedestrian mall in downtown Fremont Street Experience casino, as well as around 16,000 people in the city, were without electricity for several hours.

Dry Desert Terrain is to Blame

What is interesting is that there were only 0.3 inches of rain (at the Las Vegas airport), but the US gambling capital was still flooded instantly. That’s because the desert terrain doesn’t absorb rain very well so even small amounts of precipitation create big problems in Las Vegas.

The sunbaked asphalt didn’t help on Friday either. Rapid water runoffs flooded Las Vegas streets and intersections, and flood control channels resembled torrents. Cars slowed down to a crawl as they tried to drive through the flooded streets close to Las Vegas Boulevard and Main Street.

The wind was also a problem, as it toppled trees and displaced residents. Wind speeds of 71 mph caused trees to fall all over the city and one of those trees fell on a Las Vegas apartment complex and displaced over 30 people who had to go to a temporary American Red Cross shelter.

Firefighters were kept busy all day on Friday and responded to 330 calls for help. They rescued seven people and, according to county spokesperson Stacy Welling, were at the scene of six water rescue emergencies.

Monsoonal Rains Will Continue Until Tuesday

Unfortunately, Las Vegas residents and casino goers will have to deal with the effects of monsoonal rains for a couple more days. The National Weather Service said that monsoonal moisture will spread in western Nevada which will result in “a considerable increase in shower and thunderstorm chances” Sunday evening through Tuesday.