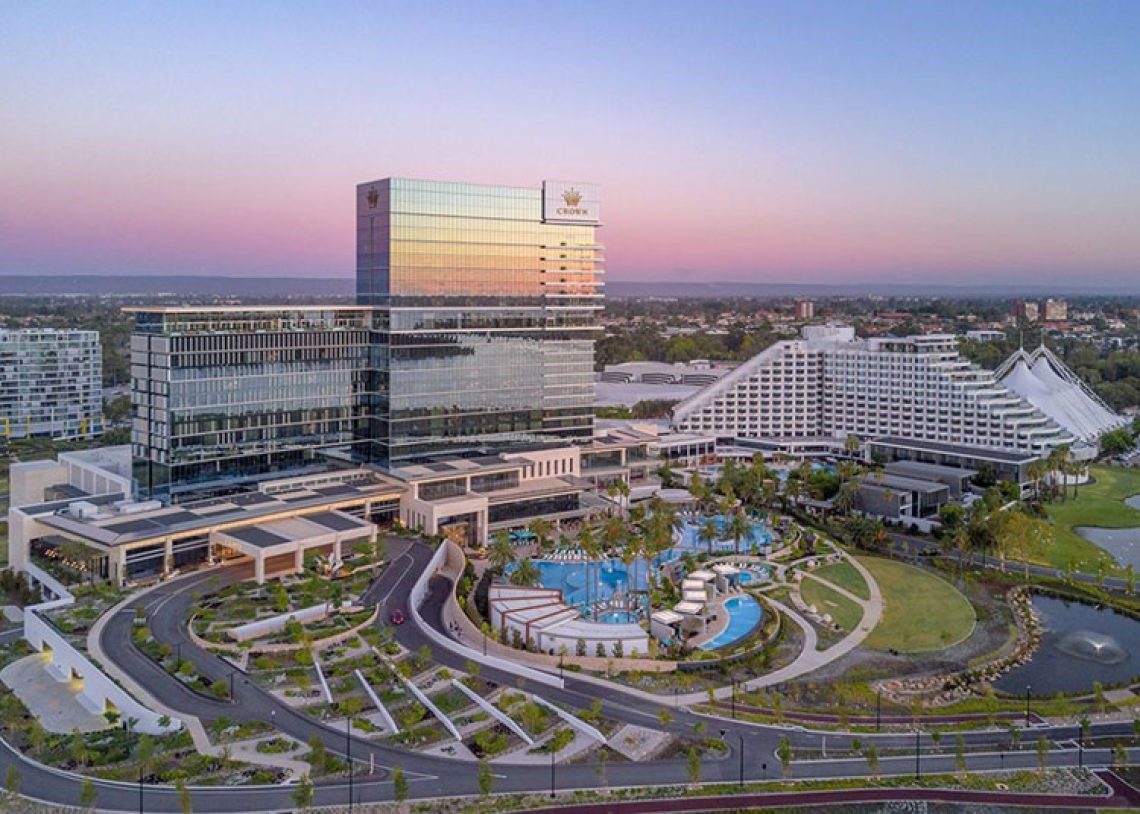 A bizarre incident happened at Perth’s Crown Casino this weekend. Witnesses say that a man reportedly fired pepper spray in the casino’s gaming area and then a melee ensued that could have hurt a lot of people.
Surveillance footage of the gaming floor confirms this. It shows a man blasting Crown punters with pepper spray and then everyone racing towards the casino’s exits.

Some visitors feared it was a terrorist attack

People were immediately evacuated and security personnel ushered everyone outside of the casino’s premises. Needless to say, some of Crown’s visitors were quite scarred in spite of the quick reaction of the casino’s guards and staff.

People were even alleged to have used rope bollards to defend themselves in the melee that ensued after the man fired the pepper spray.

Marae Back, a mother from Huntingdale, who was present on the gaming floor at the time of the blast, said that she thought that what had happened was a terrorist attack.

Lots of people were complaining that they couldn’t breathe and everyone started coughing as soon as the man fired the pepper spray. This was eerily similar to other terror attacks to have happened in the past and people were right to be scared.

Coughing for ten minutes and more

The whole thing was particularly difficult for the older Crown visitors. Mrs Back claims that she had to assist an older lady and to get her a glass of water as she was really having difficulty breathing.

Another person who was present at the time the pepper spray was fired was Josh Smogavec. He was in the man’s line of fire and could have easily fared much worse than he did.

Smogavec said that he couldn’t stop coughing even after 10 minutes of the incident taking place and said that his eyes were sore for quite some time too.

The 19-year-old Smogavec is concerned that people are not thoroughly checked before they enter the casino. Smogavec said that since the casino is a public place, people should be checked for dangerous items before entering.

The calls for tighter security checks in the Crown Casino could have been much louder if someone was more seriously hurt. Fortunately, this doesn’t seem to be the case in spite of the incident taking place around the roulette tables of Crown Casino’s gaming floor. This was the busiest part of the casino on the night and lots of people were in danger of getting seriously hurt.

Quick reaction by casino staff and the police

Nevertheless, multiple punters did get hurt. However, security guards and staff acted quickly and pinned the man to the ground as soon as they got the chance. Police were also quick at the scene and arrested the man instantly.

It turned out that the man who blasted surrounding people with pepper spray was a 39-year-old resident of Gosnells. His identity is not yet revealed, but it is known that he is charged with being armed while also being close to a public place. He will appear in court later this month.