No Gaming in New South Wales for at least another Fortnight 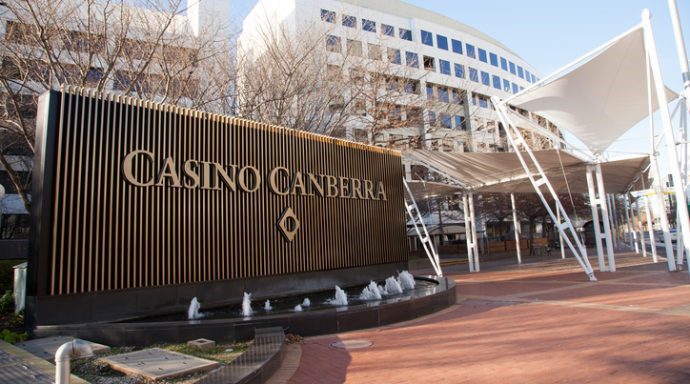 New South Wales gamblers and pokies players will have to wait a while longer before they can return to gaming floors and tables. Health authorities are continually monitoring the Coronavirus situation, but the consensus, for now, is that easing of restrictions will be pushed back for at least another two weeks.

This comes as a direct result of the increase in new cases on Australia’s South Coast and the fact that Sydney now has double-figures of new Covid-19 cases every day.

Health authorities consider the current situation as too risky for any kind of increased social interaction and, unfortunately, that also includes gaming floors and tables.

Pubs and clubs have been open in NSW for more than a month, but their Electronic Gaming Machines will have to stay idle for at least another fortnight.

Similarly, Casinos in Canberra will also work with limited capacity as they won’t reopen its gaming tables for two more weeks.

This is yet another blow to gambling establishments’ hopes of staying afloat financially, especially as the next stage of easing would only allow a venue to host only up to 25 patrons at one time.

It’s difficult to see how NSW gaming and gambling establishments weather this latest storm without suffering considerable blows to their finances.

These measures will affect venues of all sizes, but the big ones will be hit the hardest. The maximum number of patrons allowed is 25 regardless of the club, pub, or casino size. It’s easy to see how that can be particularly damaging to large casino venues.

Pokies Players on the Ropes Too

This newest delay in easing restrictions will also leave pokies and gambling patrons with limited gambling opportunities until early August, at least.

Most have already turned to online gambling anyway, so this new postponement will not hit them as hard as the previous ones.

However, seeing how most of their online gambling options are illegal offshore gambling sites, they would probably welcome the easing of measures when it eventually comes.

It May Get Worse Before It Becomes Better

Pokies players and gambling enthusiasts in NSW have to be aware that the situation is still subject to change. This means easing these restrictions will not be brought forward but may be delayed depending on the number of new Covid-19 cases.

Health authorities say they will use the next two weeks to evaluate the situation and gather some information on how significant their Stage 3 restrictions are.

If the situation takes a turn for the worse, we expect easing restrictions to be pushed even further back.