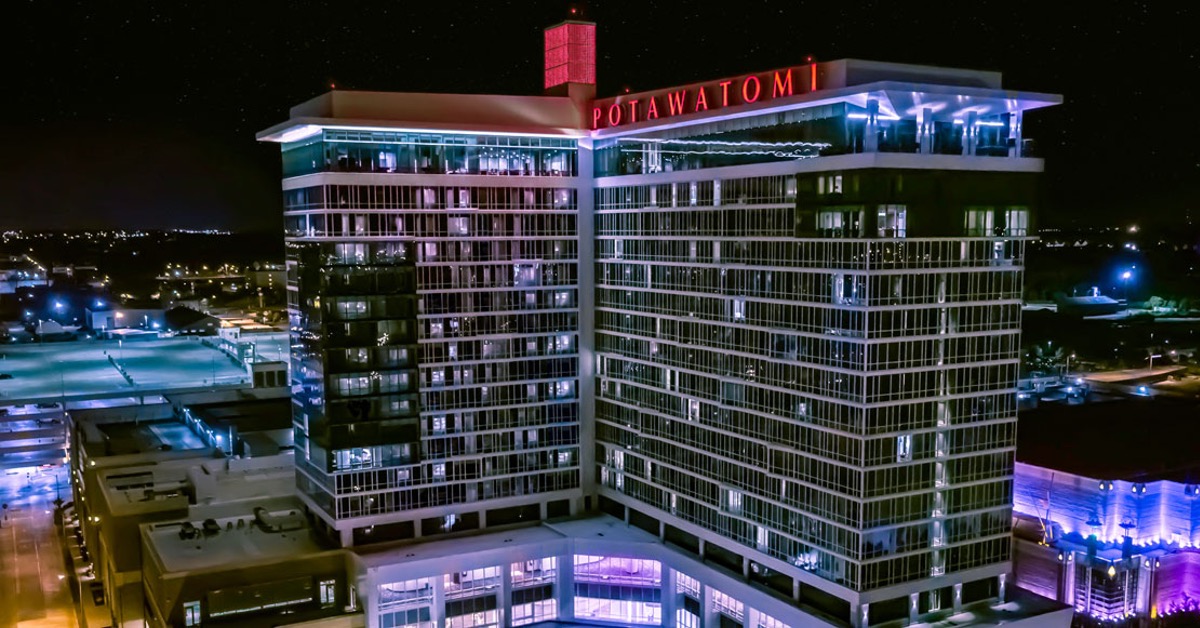 Potawatomi Hotel & Casino has announced a US$100 million renovation project. The Milwaukee-based casino will purchase 1,800 new slot machines, taking its slots total to 3,000.

The casino will also open a Starbucks Coffee outlet and a Rock & Brews restaurant. Rock & Brews is a rock-themed chain of restaurants founded by KISS musicians Gene Simmons and Paul Stanley.

The restaurant will offer customers craft beers and classic American food. It will double as a live rock venue and boast a live music stage too. Both Gene Simmons and Paul Stanley confirmed that they would attend the groundbreaking for their restaurant scheduled to take place on Wednesday at 3 p.m. local time. In addition to Rock & Brews, the Potawatomi casino will open three “quick service” food stations, allowing guests to grab a bite or have their orders delivered on the gaming floor.

One new addition that will be of particular interest to Potawatomi high-stakes players is the new high-limit gamblers room. It will have all the amenities high-rollers need. It will also boast a stage for live performances, as well as a craft bar and gourmet kitchen.

The casino’s bingo hall will also be included in the renovations, as will the Potawatomi third-floor poker and off-track betting rooms. Ryan Amundson, the corporate communications manager for the Potawatomi casino, said that they were looking for new bingo and poker locations. The food court, gift shop, and Bella Italian restaurant will also be refurbished.

Dominic Ortiz, the Chief Executive Officer and General Manager of Potawatomi Hotel & Casino, said that with the renovation project they were not only elevating the brand, but they were also furthering their status as the best gaming destination in an increasingly competitive region.

The US$100 million renovation project is not the only good news for Milwaukee gamblers. The casino signed an agreement with the Potawatomi tribe and Gov. Tony Evers to open a new sports betting area inside the casino. However, additional information about the sports betting area will be announced at a later date.