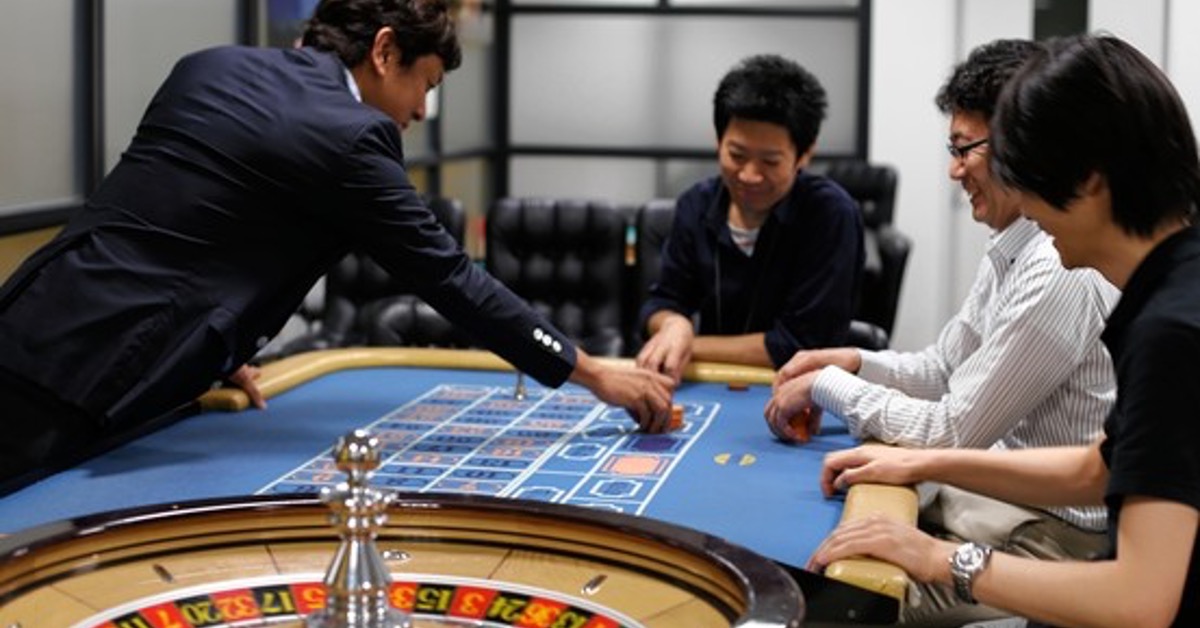 When in 2018, Japan announced that it would legalize commercial gambling and open integrated resorts, each with a casino complex, a whole host of changes happened in the country, including the opening of a casino school.

However, the commercial gambling process that started with so much energy and enthusiasm has now slowed down to a crawl. The Japan Casino Academy is the latest casualty.

All casinos need highly-trained table game dealers, and Japan’s croupiers would have probably been among the best in the world. The casino school taught dealers how to shuffle, size, and cut decks, and also told them about the inner workings of popular table games like blackjack, poker, baccarat, and roulette.

The Japan Casino Academy hoped to benefit from the Act of Development of Specified Complex Tourist Facilities and the opening of three integrated resorts in Japan. Former Japanese Prime Minister, Shinzo Abe, backed the legislative amendments and so did many other high-ranking officials in the Government of Japan when they were first announced in 2018.

The Academy Filed for Bankruptcy

However, four years on, the former Prime Minister is dead, having been assassinated in broad daylight while campaigning around the country and there are still no casinos in Japan.

Even worse, the government has not approved any casino plans yet and there are only two Japanese prefectures that are on board with the initial plans – Nagasaki and Osaka.

So, the future for the Japan Casino Academy suddenly became to look very bleak. Hundreds of croupiers have graduated from the academy, but none of them could find employment. The casino school had no choice but to file for bankruptcy this week.

Premium Course at the Academy Cost US$11,000

But it wasn’t always like that. In 2018, the Liberal Democratic Party and Shinzo Abe were hoping gambling tourism would generate millions in revenue and create thousands of jobs.

Japan was an attractive market for the gambling industry too. Many casino operators immediately expressed their interest in running an integrated resort. Caesars Entertainment, SJM Resorts, Las Vegas Sands, Melco Resorts, Casinos Austria, Galaxy Entertainment, Mohegan Sun, Wynn Resorts, and Genting Group all wanted to apply for one of the three casino complex licenses at one time or another.

Unfortunately, only MGM Resorts and Casinos Austria have remained interested. MGM Resorts is still pushing for a US$9 billion Osaka casino complex that should open by 2029, while Casinos Austria wants to open a US$3.2 billion integrated resort in Nagasaki by 2028.

The biggest losers, however, are the students of the Japan Casino Academy. They wagered on a bright future for the Japanese casino industry and lost. And it was a pretty expensive bet too. According to Inside Asia Gaming, the premium course at the academy cost US$11,000 – it included basic casino training and all table games.