Integrated Casino Resort Will Debut in Osaka in 2029 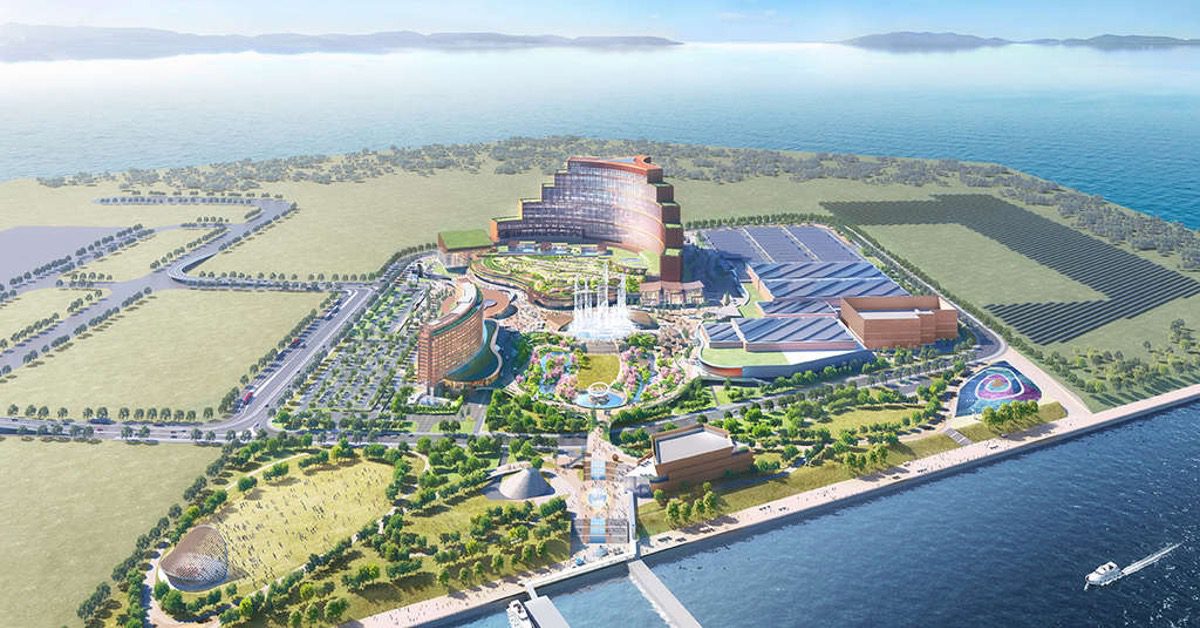 The first Osaka integrated resort (IR) which will contain a state-of-the-art casino will open in the autumn or winter of 2029. According to the draft version of the District Development Plan, the Japanese city has set a date for the opening of its first casino after initially claiming that the IR containing a casino will open sometime between 2028 and 2030.

A US$9.5 Billion Initial Investment

The draft version of the development plan also confirmed that the casino will be built and owned by MGM Resorts and Orix Corp. Both companies will have a 40 percent share each.

The remaining 20 percent of the new resort will go into the hands of local firms. These include Hankyu-Hanshin Holdings Inc and Kintetsu Group Holdings Ltd, two railway operators from Osaka.

It is estimated that the initial investment for the integrated resort complex will be about US$9.5 billion. According to the development plan, half of the money will come from the companies working on the project. MGM Resorts and Orix will invest 40 percent of that amount each, while minority shareholders will pitch in with 20 percent.

The other half of that US$9.5 billion will be obtained from Japanese banks. The District Development Plan states that the largest Japanese bank, MUFG Bank Ltd, and Sumitomo Mitsui Banking Corp, will provide the bank financing for the project.

Once it opens, the integrated resort will be given a 35-year business license. According to the development plan, the consortium would later be able to extend that license for 30 more years.

The integrated resorts, and particularly the gaming venues they will contain, caused a lot of debate in Japan. However, the Japanese government stuck by its guns and supported the project through thick and thin. It opened the application period on October 1 and asked local authorities to submit their applications for hosting an integrated resort in their city.

The Japanese government said it would allow up to 3 large-scale integrated resorts to be opened in the country in the first phase of the project.

So far, there have been three Japanese cities that have expressed a serious interest to host a large-scale integrated resort. Wakayama, Nagasaki, and Osaka are the only communities in contention, after some cities, such as Yokohama, expressed interest initially, but later withdrew their bids.

The IR Would Boost Osaka’s Economy

The Osaka integrated casino resort will be located on Yumeshima Island, in Osaka Bay. It will include three hotels boasting over 2,500 rooms and 730,000 square feet of space for meetings, conferences, and exhibitions. The resort will also have a theatre that would host up to 3,500 guests.

The integrated resort will employ approximately 15,000 people and it is estimated that 20 million tourists would visit it every year.