Hann Casino Opens in the Philippines 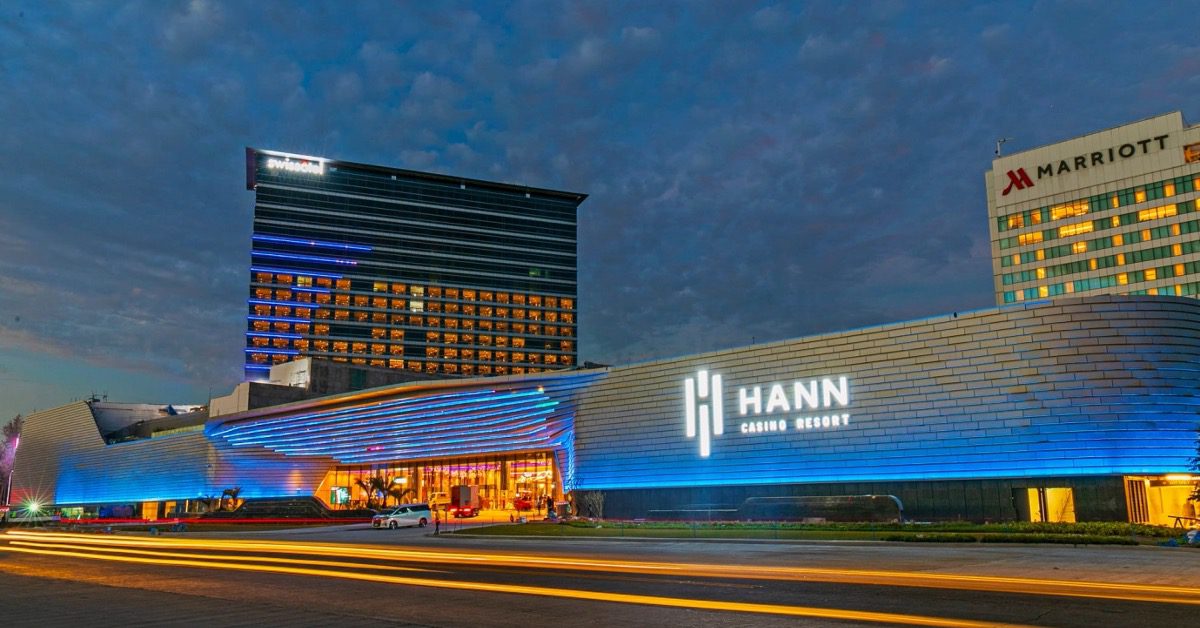 The long-awaited soft opening of Hann Casino Resort took place on Wednesday, December 15, and hopes are already high about the economic activity, the rebranding and expansion of the former Widus Hotel and Casino complex will bring to the area.

According to promoter Hann Philippines Inc., the rebranding and expansion of the casino complex, which also includes the Clark Marriot and the Swissotel Clark hotels, cost the company around US$238 million.

The first phase of the resort was to be completed by the end of 2020, but Hann Philippines Inc. later informed the public that it would delay the opening until the end of this year.

Daesik Han, the Hann Philippines Inc. CEO, said that he had high hopes for the rebranded casino complex. Last month, the company president claimed that the expansion of the resort would kick-start the economy in the Philippines and that it would attract tourists and revive the tourism industry in the country. Mr Han was also hopeful that the casino complex would bring more investors to the region.

A Change of Plans

However, the COVID-19 pandemic was and continues to be a big problem both for casinos and authorities in the Philippines. Even though the country announced that it would allow tourists from other countries to enter the Philippines on November 19, provided they were fully vaccinated, of course, the government’s stance soon changed.

On November 30, the department of tourism said that it accepted the recommendation from the pandemic task force in the country and that it would not allow foreign tourists to enter the Philippines for the time being. The department cited the threat and concerns related to the Omicron variant, as the reason for the U-turn.

That travel ban doesn’t mean that the Hann Casino Resort is not getting ready for foreign tourists to start arriving soon. All casino and complex employees are having swabs tests regularly and over 90 per cent of employees are fully vaccinated.

In addition, the casino has installed air conditioning units that boast very efficient filters and improve the air quality for casino players.

Hann Philippines Inc. also said that the casino complex has partnered with Forsspac, a company that works with fresh air technology, to vent stale air through the ceiling and introduce fresh air via the ground floor.Philip Thoburn, the Forsspac CEO, said that the technology they provided ensured the air in the casino was continually cleaned and that all “volatile organic compounds”, including airborne pathogens like the SARS-CoV-2 virus were removed.