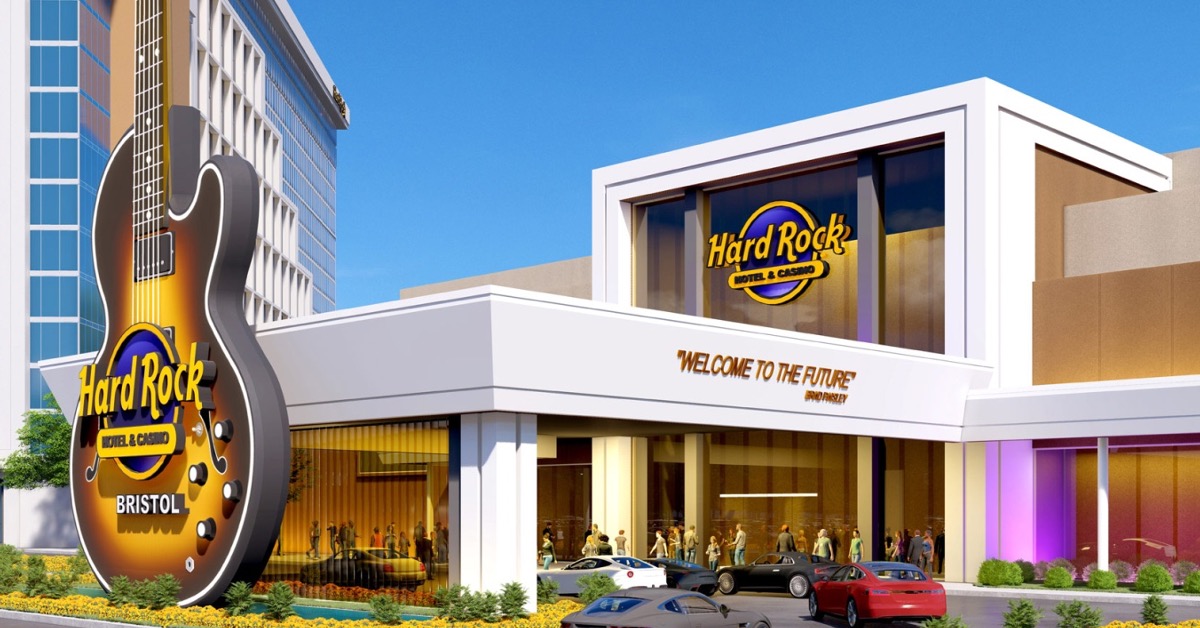 Virginia didn’t have a gaming scene a week ago, but now it does. The first Virginia casino opened its doors on July 8 and paved the way for three more Mother of States casinos that are set to launch in the next couple of years.

The Hard Rock Casino is located in Bristol and is of temporary nature. If all goes to plan, the permanent casino will start taking bets in July 2024.

The Perfect Fit for the Birthplace of Country Music

Jon Lucas, Hard Rock International CEO, said that they were excited to open the temporary casino in the former Belk store of the Bristol Mall. He added that “Hard Rock’s rich and storied music legacy” was the perfect fit for the city of Bristol which he called the “birthplace of country music.”

Even though the Hard Rock casino in Bristol is still only temporary, it boasts as many as 870 slot machines, 21 gaming tables, and a sportsbook. The temporary casino will also open 600 new job posts, while the permanent one, will create between 1,200 and 1,500 jobs.

The Hard Rock casino got its license from the Virginia Lottery Board on April 27 and was the first Virginia casino to get the go-ahead from the gambling regulator.

In a joint statement, McGlothlin and Stacy thanked everyone who made the “significant project milestone” possible. The two co-developers said that the people of Bristol can be very proud of their new casino, as it will immediately boost their economy and create 600 “good-paying jobs” in Bristol. They also said that the temporary casino was only the start and that the permanent one will generate even more jobs.

Portsmouth Will Have the First Permanent Casino

Hard Rock Bristol is the first of four casinos that will open in Virginia. The other three are in Danville, Norfolk, and Portsmouth. Rush Street Gaming will operate the US$300 million Rivers Casino in Portsmouth and that will be the first permanent gambling location in Virginia when it opens in January next year.

The Norfolk HeadWaters Resort & Casino will open in 2024 and it also might start as a temporary location after the Pamunkey Indian Tribe got the green light from city planners two months ago.

Lastly, Caesars Entertainment will operate the Danville casino that’s set to open in late 2023. It will have 1,400+ slot machines, table games, a sportsbook, and a World Series poker room.