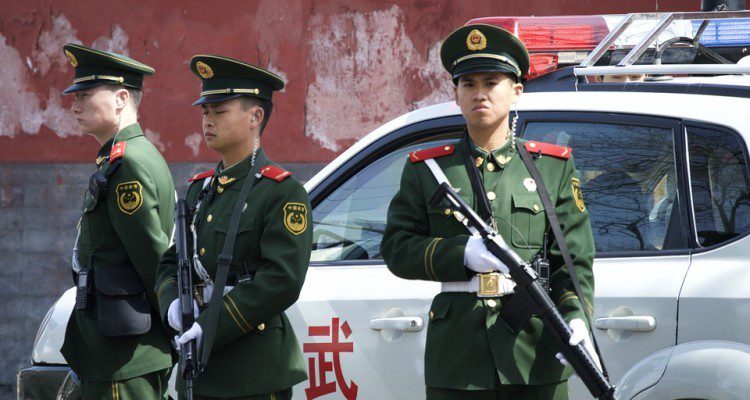 Jenny Jiang, who was arrested in China in 2016, together with 18 other Crown Chinese gamblers recruiters, is now seeking compensation from Crown Resorts.

The former Crown employee has taken her fight to the Supreme Court claiming that her mental health and future job prospects were negatively affected by the Chinese detention.

In 2016, Jenny Jiang was working in China, together with 18 other Crown employees. Their task was to recruit Chinese gamblers for Crown’s Australian casinos, even though that type of recruitment was considered illegal in China.

When Chinese authorities found out what Crown’s employees were doing, the 19 people were arrested and jailed for breaking Chinese gambling laws.

Jenny Jiang has been the most forthright of that group of 19 and has appeared in several interviews in the last couple of years where she talked about the company’s scant disregard for its employees.

She has been such a thorn in the eye of the Crown board, that she was branded as a “gold-digger” in Crown Resorts’ infamous newspaper ads.

In one of those media appearances, she told 7.30 that she is yet to receive an apology from the Crown board for those advertisements. She also said that it was her revelation about Crown’s China operations that landed her the nickname.

In the 7.30 interview, she said that Crown Resorts operated without care for their staff that was in China. Moreover, the actions of the Crown board after the China incident hurt both Ms Jiang and her family.

She said that these were the two main reasons why she wants justice and wants to see someone being held accountable for their actions. That’s also why she has now filed her claim against Crown Resorts in the Supreme Court of Victoria.

Ms Jiang’s lawyer, Jeremy King, said that his client was seeking compensation against Crown Resorts for breaches of the duty of care that Ms Jiang was entitled to as a Crown employee.

He said that his client wanted to shed a light on how poorly Crown Resorts treated its staff and its complete disregard for their welfare. Mr King also added that his client was impacted by Crown’s terrible treatment and that she still feels the effects of that to this day.

Arrested in the Middle of the Night

Ms Jiang worked for five years as an administrative assistant for Crown before she was detained while in her home in China. Police burst into her house in the middle of the night in October 2013, and Ms Jiang still remembers that experience vividly.

She said that every year since that arrest it felt like an anniversary for them. However, that is not a good memory, and the worst thing is that has stayed with her forever.

It was Ms Jiang’s revelation that sparked interest, and eventually an inquiry, into how Crown Resorts conducted its business.

Last year, Ms Jiang told media outlets such as The Age and 60 Minutes for the first time about how poorly Crown’s employees were treated in China, and that the safety of Crown staff took the back seat to the search for profits.

Gold-Digger on a Minimum Crown Salary

As soon as those allegations were made, Crown’s smear campaign started rolling. In the ads that Crown launched, the casino giant claimed that Ms Jiang was a “gold-digger” that was looking for a quick profit that was 50 times her annual salary.

Despite the malice behind those Crown ads, they were still partly true. Ms Jiang was indeed looking for compensation that was 50 times her salary.

However, that didn’t make her a “gold-digger”, as her salary was pretty low, to begin with. Ms Jiang was on an annual salary of about $27,000 and that was considered as a very basic salary in Crown Resorts’ hierarchy of annual earnings.

Ms Jiang said that her salary was just a fraction of the salaries that Crown board members were receiving, and they worked a much less risky job than hers.

Crown didn’t comment when asked to respond to Ms Jiang’s comments. However, a spokesperson for the company said that they were undertaking a “major reform program” that should address the accountability and transparency issues that Crown Resorts has been struggling with.