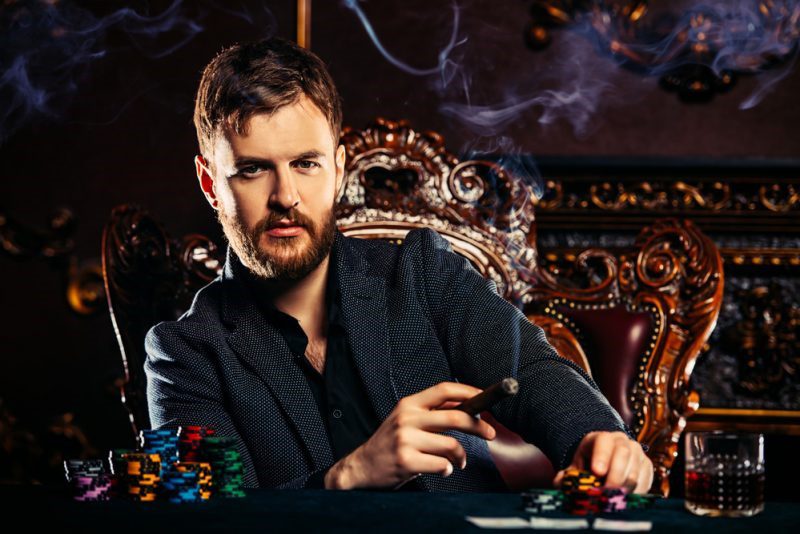 Crown Resorts has finally banned smoking from its enclosed VIP areas where millions are gambled every day. The casino decided to revoke the exclusive right to smoke that it had previously given to its VIP high-rollers after coronavirus safety fears of its employees became too loud to ignore.

Crown has now informed its high-roller patrons that they will have to step outside to smoke, and also told them that the casino will reassess the issue again next month after they receive revised government directions.

On Sunday, Premier Daniel Andrews told Victorians that casinos in the state will be allowed to reopen provided they adhere to the new COVID-19 rules that were designed to halt the spread of the virus.

The new rules stipulate that Crown Melbourne would only be allowed to host up to 1000 at any given time. They also ask from casinos to turn off every second pokie and to make sure that table games such as blackjack and roulette are played in a safe environment.

Implementing and following these new measures would ensure that patrons are playing in relatively safe surroundings. Moreover, if patrons adhere to these rules, they will help casino employees, dealers and croupiers in particular, not to contract the virus.

However, even with the announcement of these new rules, Crown casino employees were still concerned. They said that all of these new measures would have little effect if casinos such as Crown Melbourne continued to allow VIP high-rollers to smoke right in their faces for most of every night.

This is because, despite the new COVID-19 measures, a special legal exemption allowing casino whales to smoke in enclosed areas still existed up until Monday.

The exemption was put in place to allow what Crown Resorts term as “significant international play”. Translated into layman’s terms, this means that VIP individuals bring a lot of money to Crown Melbourne, and Crown Resorts would do anything to keep that going, even if it meant risking the lives of their employees.

These high-rollers have been known to spend more than $500,000 in a single hand, and that’s something that Crown Resorts found hard to give up on.

Employees were Concerned Even Before the Pandemic

VIPs smoking in enclosed gambling areas has been an issue for Crown employees for a very long time. Dealers have been secretly complaining about the negative effects they have been experiencing from inhaling second-hand smoke even before the COVID-19 pandemic.

Other casinos, such as those part of the Star Entertainment Group, have already seen the ill effects of allowing VIPs to smoke in small enclosed spaces, and have moved to ban indoor smoking at all their venues by 2023 without others prompting them to do so.

Similarly, all casinos in the ACT, Tasmania, and South Australia don’t allow indoor smoking at their premises. More importantly, unlike Crown Melbourne, their high-roller rooms have not been exempt from this rule.

Two Crown dealers who decided to remain anonymous over fears of losing their jobs have shared with The New Daily their biggest fears over high-rollers smoking in VIP rooms.

One of them said that he was afraid that when Crown Melbourne reopens, the whole complex might soon be closed again because someone at the casino contracts COVID-19.

The smoking exemption, that was fortunately suspended several days ago, allowed high-rollers to sit only 1.2 metres away from the dealer. And while that is standard practice at most casino tables, high-rollers being allowed to remove their face masks to drink and smoke isn’t.

The other dealer shared his co-worker’s sentiments and said that he didn’t want to be the person who kills his family just because he goes to work.

He went on to say that he lives with an elderly relative and that he cannot understand how Premier Andrews can say that health and safety come first, but then go and allow VIPs to smoke and cough right in his face.

Professor Catherine Bennet from Deakin University is an experienced epidemiologist, and she backs the fears that Crown employees have with science.

She said that smokers are more prone to coughing and that the aerosols and air droplets they release in the air can be a real threat to the person sitting opposite them. She said that aerosols, in particular, can hang in the air for a very long time, and can then be inhaled by the croupier.

Moreover, when those droplets and aerosols land on the table, they contaminate the playing surface, chips, and create the perfect storm for the dealer to get infected.

Once that happens, the Crown employee becomes a high-risk individual as he/she comes in contact with a lot of people and spreads the virus at an incredibly fast rate.

Considering that Crown Melbourne has over 12,500 employees, that can be a real issue and can close the casino and then Victoria for a very long time once again.

Fortunately, Crown board members realized the danger at the very last moment and made the U-turn that we all wanted to see happen.

Whether smoking in enclosed VIP spaces will remain banned after the pandemic is over or even a month from now is yet to be seen though.