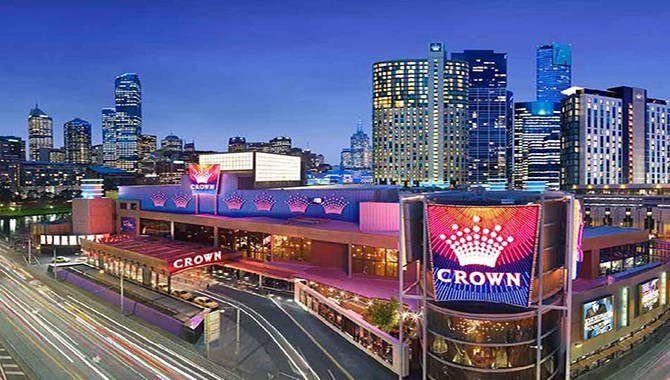 Who would have thought that a blueberry farm would cost so much money? Jocelyn Zakhour, a 40-year-old Crown Casino VIP member cheated two men out of a total of $789,700. She did this because, apparently, she wanted to buy herself a blueberry farm.

The two men who gave her the money didn’t know that Jocelyn was in fact a gambling addict and used their money to fund her addiction.

The woman made her stunning admission at the Victorian County Court on Thursday at a pre-sentencing hearing. It was in the County Court that her confession of never-ending requests and threats was disclosed to the public for the first time.

The Blueberry Farm that Never Came to Be

The Crown Casino VIP member was living in the Melbourne resort and that’s where she met the first man. He was her Tinder date and would soon become her first victim.

After three weeks of their initial date, she talked him into giving her $110,000 so that she could buy a blueberry farm. As it turned out, $110,000 wasn’t enough to complete the sale, so the man had to give her additional $41,000 to seal the deal.

That was only the beginning. Soon after the man helped her to “purchase the farm”, she told him that a Malaysian worker threatened her that he would go to the police if she didn’t give him money. The man once again believed what Zakhour told him and gave her another $40,000.

Jocelyn didn’t intend to stop there, though. Her requests kept on coming and she even threatened the man and his family. She sent an email to the man instructing him to tell his wife that he would kill himself if she didn’t give him the money Jocelyn needed.

A Second Victim “Funded” the Blueberry Farm too

Jocelyn’s pursuit of gambling funds didn’t stop there. She found herself a second victim on Tinder and continued telling the same blueberry farm story. The second victim bought into the story too and agreed to send her $50,000 so the she could “pay her workers”.

Zakhour told authorities that she continued using the blueberry farm story because it worked wonders for her with the first victim. At times she even tried to make the story more elaborate so she gave the first man a Rolex watch. The watch turned out to be fake, but it was all part of Zakhour trying to prove to the man that she was not cheating him out of his money.

Of course, the elusive blueberry farm didn’t exist at all. Instead, Zakhour was using the money she got out of the two men to fund her gambling addiction.

She was a frequent Crown Casino visitor and was used to spending quite a lot of money on the gambling floor there. The Casino never checked where her money came from, but that’s the case with most of their clients.

For example, last year, Indonesian businessman Joseph Wong Kiia Tai, who faces international sanctions, played in their high-stakes rooms. The businessman was accused of helping former Liberian president Charles Taylor, who is himself in prison serving a 50-year sentence for crimes against humanity.

Crown Casino people didn’t have a problem with Kiia Tai sending financial and military support to the former Liberian president, so didn’t feel it was necessary to raise the issue of where his gambling money came from.

Jocelyn Zakhour, on the other hand, seems to have changed her ways and is no longer living a life of crime. She wrote an apology to both men and their families and has so far paid back 10 percent of what she “owes” them. In addition, the 40-year-old has also spent a year and a half as a volunteer in a soup kitchen. A judge will sentence Zakhour at a later date.