Controversial Queen’s Wharf Brisbane Casino Development is on the Way 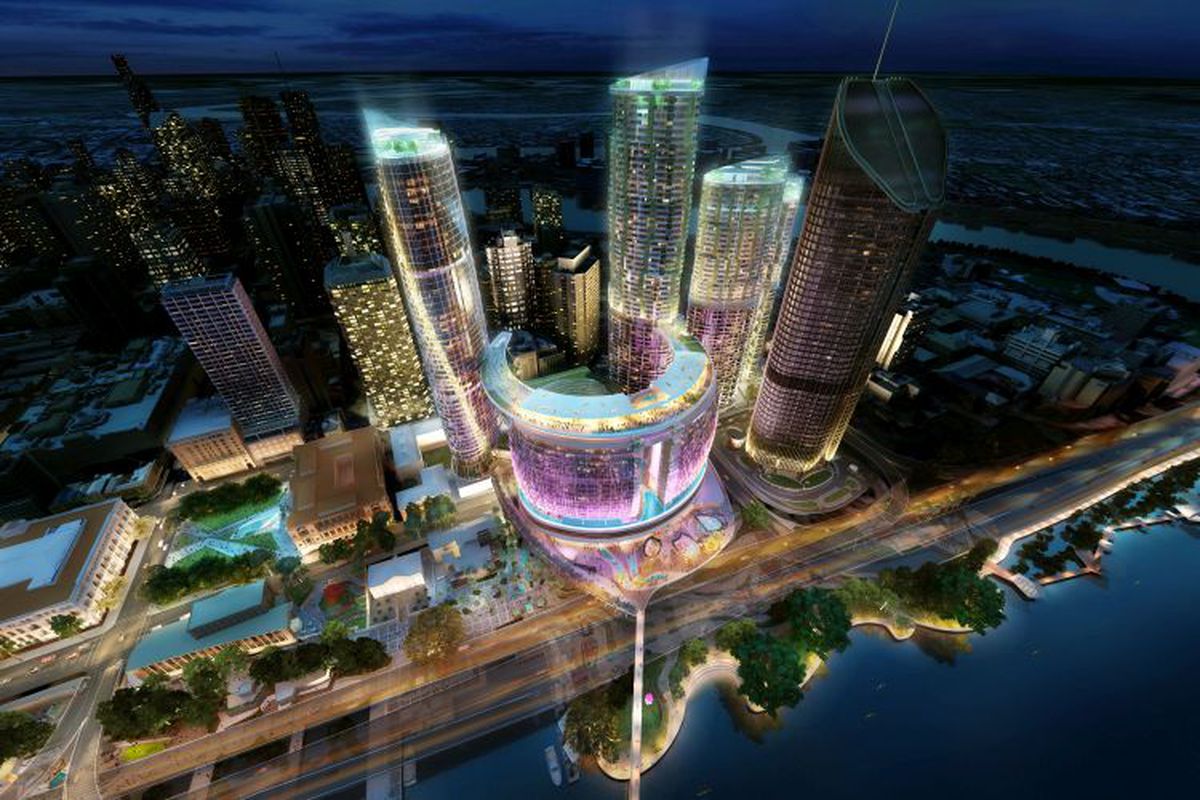 The Queen’s Wharf Brisbane casino complex is on its way and has secured all the necessary financing to continue development. The A$3.6 billion project is one of the most controversial to have ever been proposed in Queensland and is apparently right on time and on budget.

The casino is the brain child of Star Entertainment Group, an Australian gambling company, and is helped by two massive Hong Kong players represented by David Chiu and Henry Cheng.

Star Entertainment Group owns a 50% stake in the casino, while the Far East Consortium (owned by Chiu) and Chow Tai Fook Enterprises (owned by Cheng) own 25% each.

Controversial Right from the Start

What makes the whole project so controversial is the fact that it is actually a riverfront project which occupies a large part of Brisbane’s historic centre. To make matters worse, it’s an enormous 27.5 hectare undertaking which will be the largest ever private sector development in Queensland.

It is estimated that half of the floor area will be on land while the other half will be over water. That’s a massive area of 200,000 square metres on land and about the same portion above water.

Needless to say, this has riled up architects and design professionals. The Australian Institute of Architects and several other institutes and groups wrote an open letter to the government asking for the project to be reconsidered.

They claim that it will have an irreversible effect on an important part of Brisbane and will erase from memory much of the city’s history on and around the riverfront.

This is actually where government protected buildings such as the former Treasury Building, the old state library, as well as the previous Land Administration building are located. Seeing how the casino development project will cover almost a quarter of the city centre with the new casino, it’s easy to see why architects and preservationists might have a point.

In spite of the local discontent and pressure on the government, one has the feeling that the project simply mustn’t fail. That’s how the people behind it feel anyway.

The consortium which is planning to build in Brisbane has already failed in a similar attempt in Sydney and they would hate to see that happen in Queensland too. Considering the size of both projects, it’s obvious that they cannot afford to lose two in a row.

In November 2019, Sydney’s Independent Planning Commission flatly rejected the plan to develop a A$530 million casino project similar to the Brisbane one.

This was a huge blow to the consortium, especially as they put a lot of energy into making it work. They planned to build a tower which would be 237 meters tall and would house a Ritz-Carlton hotel with more than 200 rooms and would also have over 200 residential apartments.

The Asian high-rollers are known as players which never lose and they have already lost, at least on Australian soil, one time too many. This means that they will probably press on with Queen’s Wharf Brisbane whatever the cost and you’ll probably be able to visit the casino in a few years’ time.