‘Casino Streamers’ are Taking Over Twitch 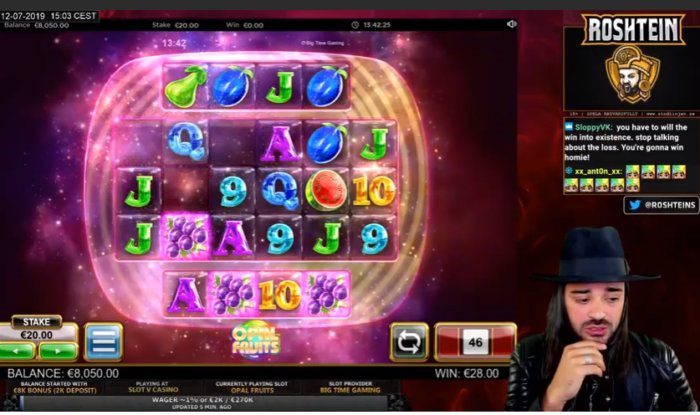 Casino-loving Australians have found a new distraction during COVID-19 lockdown, and it is called casino games streaming. There are hundreds of popular Twitch streamers and content creators streaming themselves playing casino games and have become quite popular.
These casino enthusiasts play pokies and table games for real money. With a significant increase in the number of viewers, these content creators have taken Twitch by storm.
Currently, the ‘slots’ or pokies category on Twitch is the 19th most popular streaming section on the platform, and the demand for casino streamers continues to rise.

Filming and streaming yourself while playing online games is nothing new. Video game streamers have made millions from their online careers. They simultaneously play games and interact with their viewers and are what Twitch has built on.

However, a new type of Twitch streamers have emerged during the pandemic. Instead of playing games such as Fortnite or League of Legends, these new streamers opt for pokies and casino games.

One such person is Jaydan Jamieson. He streams casino content and records himself while playing games such as pokies, roulette, and blackjack.

Like all other content streamers, Jamieson shows a screen of the casino game he is playing, and the audience can see his reactions via the camera feed that he shows to them. As you might expect, his reactions are just as interesting as those of video game players, if not more.

One of the reasons why Jamieson gets so emotionally involved in his casino games is money. The Australian plays pokies, roulette, and blackjack for real money, which makes him different from video game streamers.

This has led many people to say that Jamieson’s hobby is damaging to people who are watching his streams. They say that most of his viewers have a gambling addiction and that watching Jamieson play addictive casino games doesn’t help problem gamblers overcome their compulsive behaviour.

However, Jaydan disagrees. He says that it is quite the contrary. Jamieson claims that the community he has garnered has told him that his streams prevent them from playing for real money.

He says that he doesn’t come out on top most times when it comes to winnings and that his viewers are aware that the house always wins. Watching him play and lose real money only reaffirms the notion they have about casino games.

Making it a Full-time Job

Despite those voices of discontent and different opinions, people like Jamieson are doing their best to succeed on Twitch. They are trying to attract as much money possible from sponsorships and endorsements to fuel their new careers. Jamieson is already getting half of the $8.99 Twitch subscription, but he is always on the lookout for new endorsements too.

He wants to make streaming casino content his full-time job, and any financial help he can get to achieve will be of great help. Jamieson currently has a faithful following of 250 to 300 people watching his every stream but will need much more if he is to make a living out of his casino streams.

One person who is making a living out of his casino game streams is Adelaide streamer Captain Davo. He once won $250,000 playing the pokies and has turned streaming into quite a lucrative profession.

Captain Davo lives a lavish life, and you only need to check his images on social media sites to know this. There, he poses next to expensive cars and is pictured in exotic locations.

Davo claims his cars and trips have been funded by his pokies winnings and casino games windfall, but that is yet to be confirmed as he declined an interview.