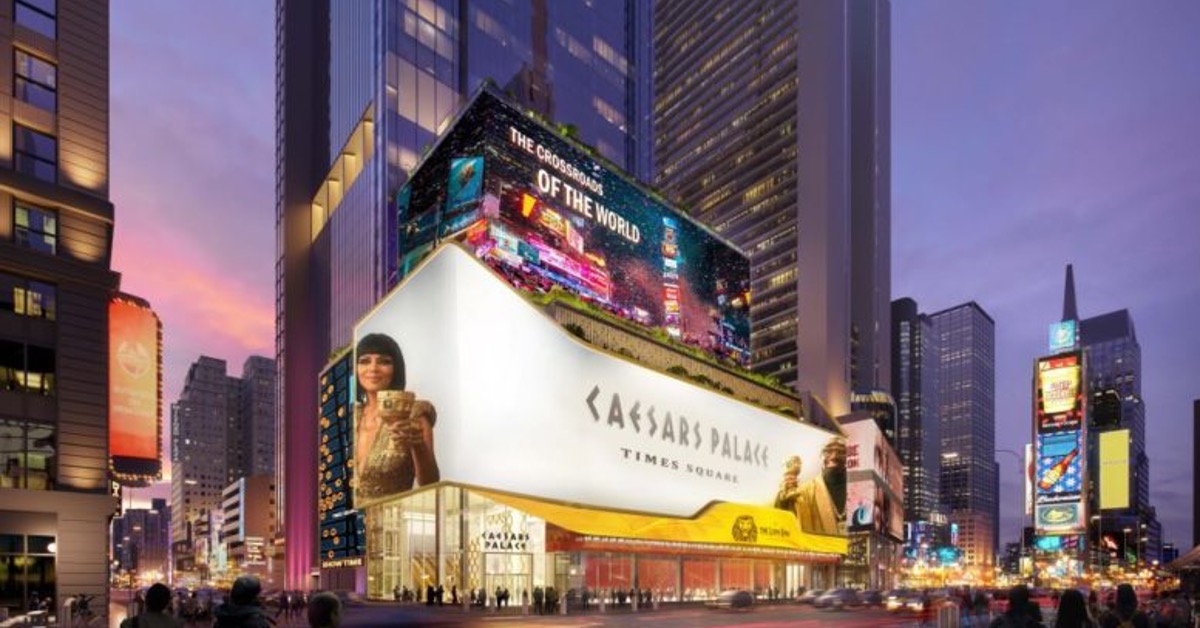 People like Michael McGuire of the Laborers Union have publicly voiced their support for the project and said that if the gambling giant was given the go-ahead to open a casino at 1515 Broadway, it would allow them to transform New York’s iconic building.

Speaking to NBC New York, Michael McGuire was excited about Caesar’s plans. He said that people in the construction industry could reimagine anything and that he could definitely see a casino on Times Square becoming a reality.

McGuire is one of many supporters of Caesar’s Times Square casino and they all say that if the New York Gaming Commission approves the proposal, it would open thousands of jobs for people in the industry.

Only One Gaming License Available

Caesar’s partnered with real estate developer SL Green for the US$3-billion casino project that would transform the office tower into a state-of-the-art casino and a hotel on top of it. Roc Nation, the full-service entertainment company Jay-Z founded, has joined the project too.

However, Caesar’s bid faces competition from some big players. Steve Cohen, the owner of the New York Mets, is lobbying with New York City Mayor Eric Adams to support his plans for a casino close to Citi Field and next to a new soccer stadium. Related Companies, on the other hand, has its eye on a new casino on the West Side of Hudson Yards.

The problem for the three groups of investors is that even though downstate New York is guaranteed to get three gaming licenses, only one casino operator will likely get a concession.

That’s because Yonkers Raceway & Empire City Casino and Genting Malaysia’s Aqueduct Racetrack are expected to both get a license as they operate slot machines already and are only a step away from running full-scale casinos that would also feature table games and poker rooms.

Final Decision to Be Made in Summer 2023

So that leaves only one spot available for developers eyeing locations such as Times Square, Hudson Yards, and Citi Field. The application process opens on 6 January and the final decision will be made in the summer.

For Michael McGuire, though, there’s only one sensible decision that the Gaming Commission can make – to approve the Times Square casino.