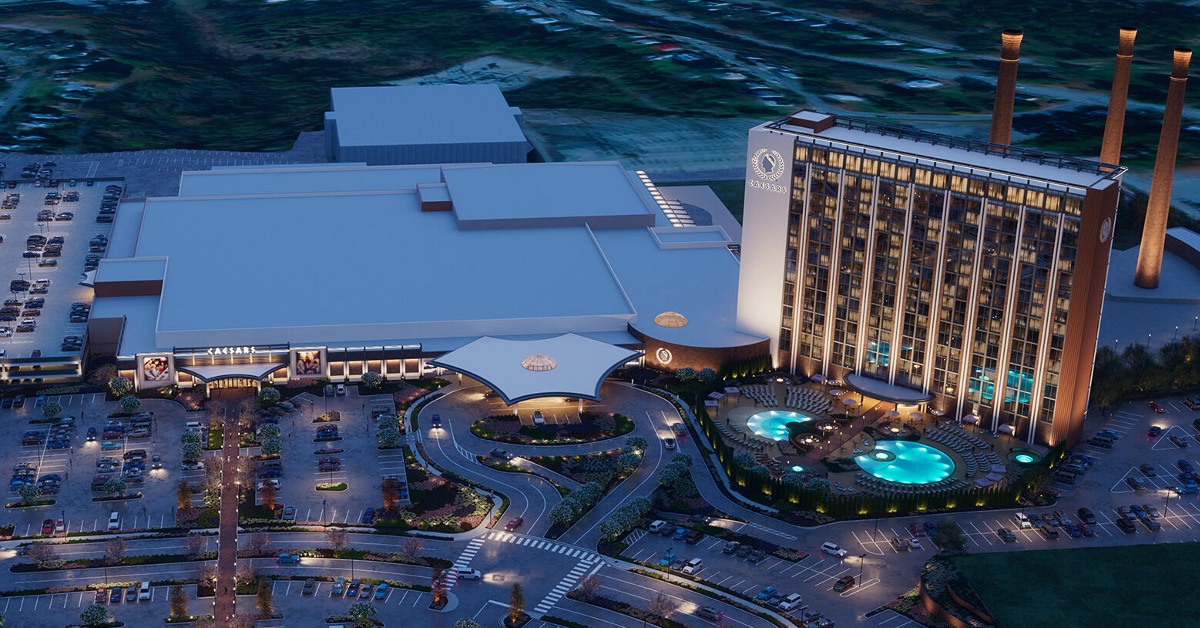 Caesars Entertainment executives announced plans to open a temporary Virginia casino in mid-2023 before the gambling giant goes big with a full-scale US$650 million Danville casino in the Mother of States.

During a third-quarter earnings meeting, Caesars’ execs informed investors about their temporary and full-scale casino plans. A transcript from the call reads that Caesars CEO Thomas Reeg told investors that the operator had “temporary casinos Columbus, Nebraska and Danville, Virginia” that would “hit next year.” Danville city manager Ken Larking later confirmed those plans.

Caesars was hoping to open its Virginia casino near the end of 2023. In May this year, however, plans changed and the opening of the casino was delayed to sometime in 2024. Pandemic worker shortages and problems with supply chains were cited as reasons for the delay.

Even though Caesars is yet to reveal the details of the temporary casino, we know that it will be located where the Dan River textile mill at Schoolfield used to be. The former textile mill site was listed in the casino referendum question that voters in Danville answered affirmatively in November 2020.

So, Caesars will now focus on getting its temporary casino up and running, something that HeadWaters Resort & Casino and Hard Rock International have done too. Both casino operators have already launched temporary casinos in Norfolk and Bristol as they get ready to open their full-scale Virginia casinos.

Danville Will Get US$38 Million in Tax Revenue

Work on Caesars Virginia began in August. The casino operator said in a press release that the casino will boast more than 1,300 slot machines. It will also include 109 table games, 85 of which will be live table games, while 24 will be of the electronic kind.

Caesars also plans to open a sportsbook at the site and launch a World Series of Poker-inspired poker room. A concert venue for 2,500 people and convention and conference spaces are also on the cards.

The Las Vegas gambling giant expects the Virginia casino to be “a tourism engine” and drive the economy in the “broader region.” The local government will also benefit from the launch of the full-scale casino as it will rake in US$38 million in tax revenue for Danville when it opens.

Caesars partnered with the Eastern Band of Cherokee Indians for the Virginia casino, just like they did with the two Harrah’s casinos the tribe owns.