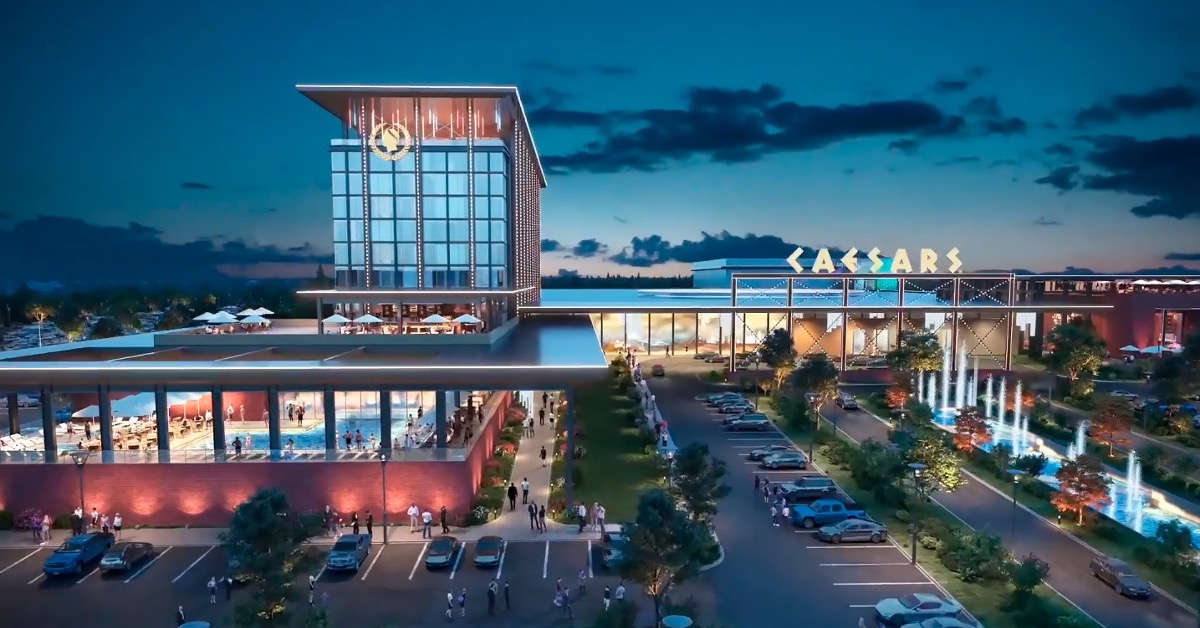 Virginia gamblers will soon get another casino after the state’s first casino opened in Bristol last month. In a joint statement, Caesars Entertainment and the Eastern Band of Cherokee Indians announced that construction of the new Danville casino is beginning this week and the Caesars Virginia complex will take its first bet in 2024.

The $650 million casino project will boast a gaming floor with 1,300 slots, 85 gaming tables, and 24 electronic games. It will also have a poker room, sportsbook, a hotel with 500 rooms, a spa, bars, restaurants, convention space, and a live entertainment theatre.

It is expected that the Danville casino will also open thousands of new jobs both while the casino is being built and when it opens its doors for players in 2024.

Caesars Entertainment President and COO, Anthony Carano, is excited that “a world-class resort” will be built in Danville and that Caesars Entertainment will join forces with the Eastern Band of Cherokee Indians, their partner for over 20 years, on yet another project.

The $650 million Danville casino will be the fourth one to open its doors to players from Virginia. The Hard Rock Casino in Bristol opened its temporary casino last month and plans to open its permanent gambling location in the summer of 2023.

Two other permanent casinos will open in 2023 – the ones in Portsmouth and Norfolk. The Headwaters Resort & Casino in Norfolk will also open a temporary casino later this year before its permanent location goes live in 2023.