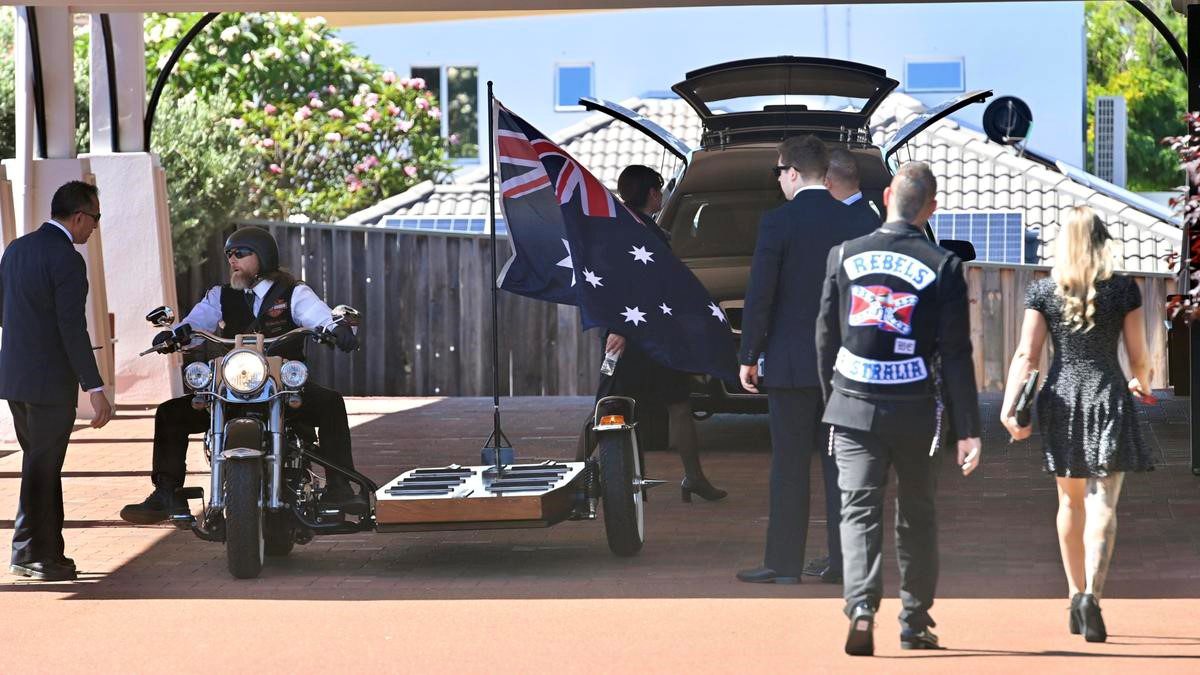 Five bikies who were commemorating their former leader, Nick Martin, were kicked out of Crown Perth after they got too rowdy during their commemorations.

Nick Martin, the former Rebels boss, was killed earlier this month when a sniper shot was fired during the Outlaw Nitro Challenge that he was attending together with his family.

Five of his grieving mates crossed the line during their alcohol-fueled commemorations of their former leader and were expelled from Crown Casino in Perth as a result.

Surprisingly, that casino eviction was the only incident that took place during the funeral of the former Rebels boss on Wednesday.

Shot in Front of His Family

Martin, the former untouchable leader of the Rebels is believed to have been killed by a long-range shot fired by a sniper while attending the popular drag racing event in Kwinana Beach in Western Australia.

To make matters worse, the former Rebels boss was killed in front of his wife Amanda and his step-daughter Stacy, as well as hundreds of other young children who were at the event with their families.

Paramedics who arrived at the scene tried to bring Martin back to life, but the precision shot that was fired to his torso turned out to have been a fatal one.

Martin’s funeral that took place on Wednesday was considered as a high-risk event and police were preparing for violent altercations between the Rebels and other bikie groups.

However, that didn’t happen, despite more than 400 mourners paying their respects to the former Rebels leader, who was also a beloved friend to many.

According to Police Commissioner Chris Dawson, the only incident that took place during and after the funeral was the kicking out of the five bikies of the Crown Casino in Perth.

However, the Commissioner wasn’t able to share the reasons why the bikies were evicted from Crown Perth as the investigation was still ongoing.

What’s surprising is that police paid visits to more than 100 different bikie clubs and clubhouses on the same day the funeral occurred and didn’t report that any altercations or tensions have happened in any of them.

They also confirmed that no rival bikies attended the service and caused altercations, despite all evidence that was pointing to a different and more serious outcome.

Leading up to the funeral, tensions were escalating between rival bikies groups, with many of them trying to capitalize on the vacuum created by the death of Nick Martin.

There is a $1 million reward offered to anyone who has any information regarding Martin’s killer, with Commissioner Dawson revealing that there was progress being made in the investigation, but without revealing any details.