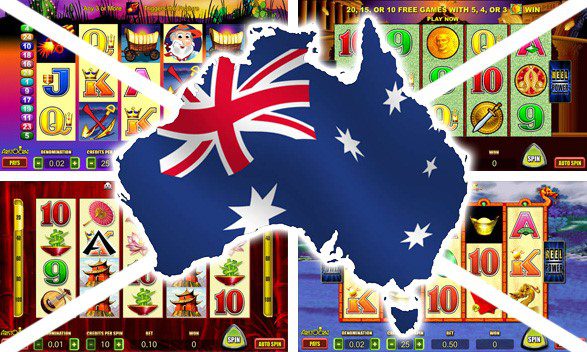 The Australian Communications and Media Authority (ACMA) has recently upped its efforts to shut down illegal offshore gaming sites.

Two overseas gaming establishments are the latest ‘victims’ of this strict regulatory policy that targets foreign gaming sites trying to operate illegally in Australia. Both Fortune Clock Casino and Dinkum Pokies will no longer offer their services to Australian players.

Australian Gaming Sites Must Have a License

The two sites are thought to have targeted Aussie pokies enthusiasts even though the Australian gambling legislation says that offshore sites cannot do that.

iGaming providers that intend to offer their services to Aussie punters must have a gaming license issued by Australian gambling regulators. However, gaming sites that are registered and operate outside Australia cannot do this.

In other words, if these gaming providers target Australian pokie players, they are in breach of Australian gambling laws. Both Fortune Clock Casino and Dinkum did just that, according to ACMA, and will now be banned from offering their services in Australia as a result.

ACMA has been given almost free reign when deciding which gaming operator can offer their services to Aussie punters and which can’t.

The government regulator operates following the Interactive Gambling Act of 2001 and received even greater freedom to control the Australian gambling landscape last November.

The agency decided to exercise their newly gained overseeing authority immediately. They have asked Australian Internet Service Providers (ISPs) to block 150 illegal gaming sites so far, and 28 of those requests have come since this January.

The two gaming sites that are about to get banned by ISPs targeted Aussie players. However, that was only part of the problem.

They are aware that they are getting involved in illegal gaming activity. Like the gaming site, players try to fly under the radar and not get noticed by Australian authorities.

However, in these two gaming sites, the users of the sites reported that the pokies providers were operating illegally. The pokies players did this because they had problems withdrawing their winnings and couldn’t get them even after repeated withdrawal attempts.

They said that both Fortune Clock Casino and Dinkum failed to respond to their withdrawal requests on time or at all. As a result, they had no choice but to file complaints and quite a lot of them to ACMA regarding the two gaming sites.

ACMA acted very quickly after receiving the complaints, but this quick reaction also means that it is now a race against time for users of these two sites to try to collect their winnings before Australian ISPs ban the sites.

Seeing how players had problems withdrawing their funds when the sites were operating normally, emptying those account balances might be an uphill struggle for most of them.