Aussies Get Their First Casino with a Microbrewery in It 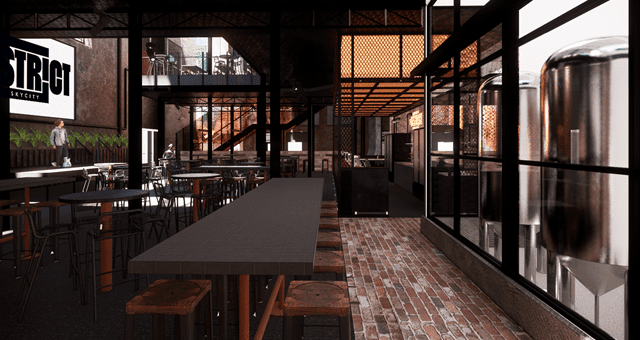 Australian casino enthusiasts have always had the privilege to play at some of the best land-based casinos in the world.

That Aussie gambling offer is about to get much better and more varied with the unveiling of the first Australian casino that will feature a microbrewery. The Pirate Life microbrewery is one of several innovative casino additions that include a sports bar, live entertainment area, and a Bistro.

Integrated Casino and Entertainment Under One Roof

SkyCity Entertainment Group has come out with some pretty ambitious plans for The District at SkyCity in Adelaide. The Adelaide casino is one of the hottest new casino projects on the horizon and the people behind it intend to make your gambling experience memorable should you decide to visit South Australia’s capital.

The casino will officially open on Friday, 20 November and is said to have everything you need to get a “world-class” integrated casino and entertainment experience.

The $330 million refurbishments of Adelaide Casino, a gambling venue that opened its doors to punters 35 years ago, will create “a vibrant live entertainment space”. SkyCity people expect that this will impress Aussie players and will help them form a strong affiliation with the updated casino.

The gambling, dining, and entertainment venue is located in the Heritage Building in Adelaide and incorporates live entertainment events, a sports bar, a zone designated for poker, and a top-notch Bistro.

However, the feature that impresses the most in the refurbished Adelaide Casino is the Pirate Life microbrewery. Pirate Life is a local Adelaide microbrewery that was founded in 2014 by Michael and Jack Cameron and Jared Proudfoot.

The microbrewery, as well as all other previously mentioned venues and features, will be on level one in the Heritage Building. The craft brewery will also have a mezzanine level, in case there is a need to increase capacity when there are live events.

Pirate Life co-founder, Michael Cameron said that they look forward to sharing the Pirate Life experience with more South Australians, as well as tourists that come to the state.

Jared Anderson, the manager of The District venue, shared those sentiments. He also added that Aussies have always loved good beer, especially when they were able to drink it in excellent venues such as The District.

He stated that the casino, live music and sports, as well as the great food they boast, will offer a one-of-a-kind casino experience to everyone who visits The District.

The fact that all of these things are part of Aussies’ culture and that casino enthusiasts will be able to find them under one roof will make The District a different casino according to Mr Anderson.

The upgrades and refurbishments that SkyCity Entertainment is making to the Adelaide Casino and the Heritage Building are the first major updates that the venue has seen since it was opened in 1985.

The Group is repainting the Marble Hall for the first time in 35 years and is also extending and refreshing the Baccarat Pavilion.

Once opened, The District at SkyCity will have a 450 capacity live entertainment space, in addition to the Pirate Life microbrewery. The live sports bar will feature big screens and will ensure that Adelaide punters never gamble and bet on an empty stomach.

Lastly, it is also worth mentioning that the owners of The District have put great care to make sure that all refurbishments and new additions are done by local companies and artists. The materials and art used in redesigning the casino have also been locally sourced, and that gives The District yet another dimension that differentiates it from other “big-business” casinos.