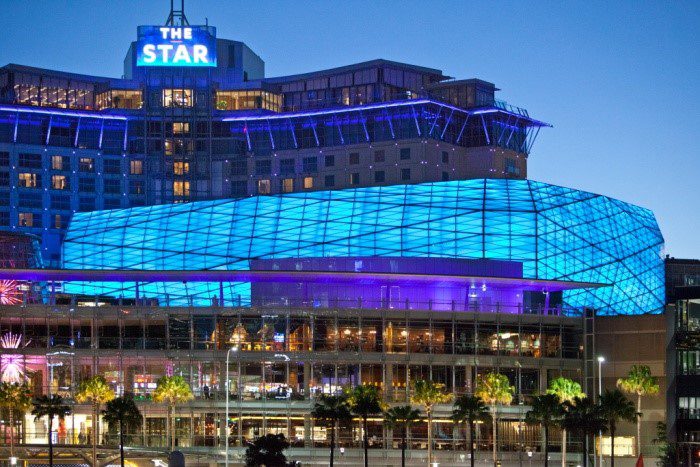 A Star casino croupier and his friend tried to scam The Star in Pyrmont by stealing more than $740,000 on September 9. They are now being charged and in court this week to hear the sentence.

The two men stole, $570,000 was in cash, and $170,000 was in casino chips. Police found the cash and chips in their homes, after obtaining a search warrant, in what is an excellent example of no-nonsense, top-tier police work.

Reports surfacing since the arrest allege that the scam took place on September 9 during three baccarat games at Star casino.

The 35-year-old Star dealer and his friend had placed corrupt bets during the games and made a fortune in only a short time. Interestingly, they thought they had gotten away with it.

However, both men should have known better, and the croupier in particular. He should know that cameras on the gaming floor are recording their every move, and getting away with scams of this proportion are impossible.

Arrested at the Casino Car Park

As soon as casino security noticed something suspicious, they alerted Sydney police and continued to watch the two men, leaving them to think their actions would go unnoticed.

After those alleged baccarat games had been completed, the baccarat player ‘decided’ to call it a day and go home.

However, as soon as the 27-year-old man got to the casino car park, he was arrested by Sydney’s men in blue.

The first house to be searched was the dealer’s Canley Heights home. Police officers discovered more than $270,000 in cash, precisely two thousand US dollars, and some storage devices.

The second search warrant was obtained for the player’s housing unit in Ryde. There, police found more than $300,000 in cash and $169,000-worth of casino chips.

Once these searches yielded the results that police expected to get, they charged the gamblers accordingly.

The two men were charged with three counts of obtaining financial advantage dishonestly and by deception, as well as for participating in a criminal group or activity